The Golden Age of Radio in the US Exhibition 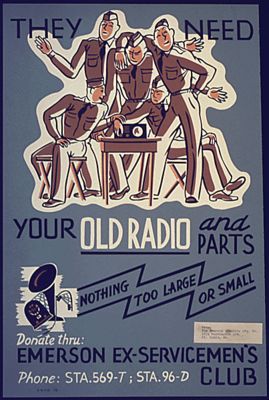 An exhibition of the Digital Public Library of America, The Golden Age of Radio in the US features this icon during the height of its cultural relevance, mainly during WWII. As with all DPLA exhibits, each theme has numerous pages with text on one side and the primary source images, documents, or moving images on the right with a ribbon to navigate on the bottom. 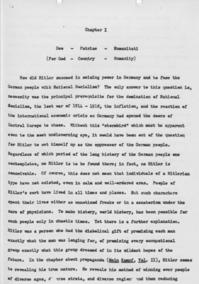 The Nuremberg tribunals were established at the conclusion of World War II to mete out justice to the principal perpetrators of the Holocaust. The International Military Tribunal addressed four counts: (1) the common plan or conspiracy, (2) crimes against peace, (3) war crimes (including genocide), and (4) crimes against humanity.

The Donovan Nuremberg Trials Collection of Cornell University Library consists of nearly 150 bound volumes of Nuremberg trial transcripts and documents from the personal archives of General William J. Donovan (1883-1959). The Donovan papers contain both original statements from the defendants in German and typed translations in English prepared by the Allies.

To a great extent, the Donovan Archive represents the scaffolding of the Office of Chief Counsel's (OCC) case against the 24 major defendants. Studied in conjunction with the trial transcripts, these materials illuminate the various processes through which the lawyers and prosecutorial staff shaped many kinds of raw documentary evidence into compelling legal arguments.

Other Primary Sources on WWII 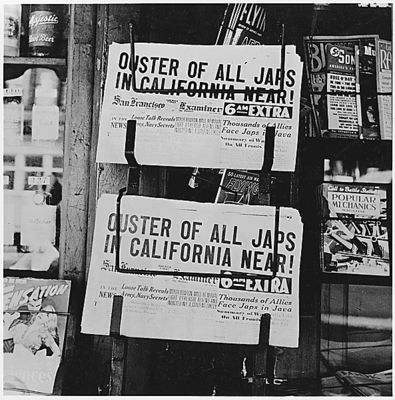 The day after Pearl Harbor, the Federal Bureau of Investigation began arresting Japanese men—many of whom were leaders in their communities—who had been placed on a Department of Justice watch list. Within forty-eight hours, over a thousand Japanese men were taken into custody and jailed. Just as swiftly, the US Government began to distribute xenophobic war propaganda that placed the Japanese at the top of America’s list of enemies. Using offensive racial stereotypes, this propaganda (which permeated American media throughout the war) was used to alienate and vilify the Japanese as a whole.

The Western Defense Command general, General John L. DeWitt, classified Japanese and Japanese Americans alike as “an enemy race,” and soon changes to their civil rights reflected that. It would be the only moment in US history when the federal government effectively nullified citizenship on grounds of racial difference.